Study in Germany – A Brief History of Germany

Much of what you know or may not know about Germany is detailed in our guide to studying in Germany. For example, did you know that higher education in public universities in Germany is free of charge? Reading our guide will introduce you to Germany more.

A Brief History of Germany

Study and live in Germany

Germany is the fourth largest economy in the world and is considered the second most liveable country for expats. Berlin has been ranked in the top 10 cities for students in the world by the QS ranking. There is also the high quality of student life for most students who decide to study there, but what makes Germany even more attractive is the free education available in the country – not just for German students or EU students, but for international students as well.

Among many other things, Germany is famous for its annual Oktoberfest, which takes place in Munich, and is also known as the largest folk festival in the world. Certainly, life in Germany is enjoyable, given the strong education provided by German universities, the promising future of work in the country and the endless forms of entertainment, whether it be through festivals or travel, and many other exciting activities, and a lot of methods. Different life. All this makes Germany an ideal destination for students.

The German language is the official language in the country, and it was promoted strongly by making it the language of instruction in several German universities, and it is the most used European language in all parts of the European continent. However, Germany offers many programs in English for those who are not fluent in German.

Culture and society in Germany

Culture in Germany is presented in a completely different form. There are more cultural activities and festivals, as well as many places to visit than any other country in the world. There are museums, theaters, orchestras and libraries, all of this makes Germany a highly cultured environment, and the country is often known as “the land of poets and thinkers,” due to many of the great people of history who trace their origin to this country, such as: Bach, Beethoven, Goethe and many personalities Other historical.

Germany is well known as a foodie favorite. Food is a major part of German culture, and it is in most stories of German heritage. There are many heritage stories named after German dishes.

The cost of living in Germany

Apart from Germany attracting foodies around the world, Germany is a sweet honeycomb for international students, and the reputation of its university is very strong with employers around the world. There are about 450 accredited universities with more than 17,500 majors taught in German universities, and their universities teach all levels, whether bachelor’s, master’s, or doctorate. All majors at the bachelor’s level are free of charge, except for some graduate studies majors that may require you to pay fees, and students pay a nominal amount as fees for administration and student union purposes at the university, and the usual books needed for subject decisions.

The best universities in Germany 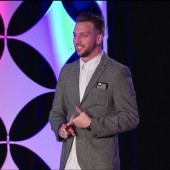