The Essentials, Issue #22: The Dunning-Kruger Effect 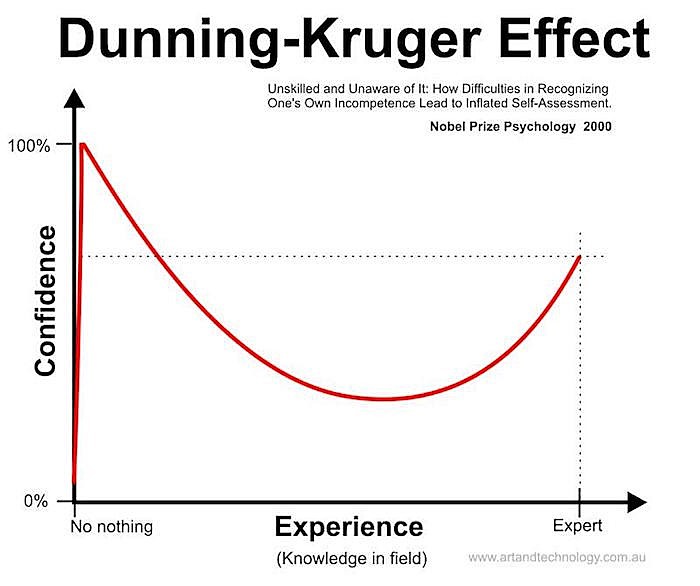 Today, we’re going to talk about the Dunning-Kruger effect. It is a psychological concept in which a person with low expertise in a task or subject overestimates their actual knowledge in that task or subject. It stems from the idea that people are unable to recognize their own incompetence…due to the fact that they are incompetent.

The phenomenon was first identified in 1995 after a bank robber tried to hide his identity from cameras by rubbing lemon juice on his face.

They went on to publish a study in 1999 detailing this form of cognitive bias called “Unskilled and Unaware of It: How Difficulties in Recognizing One’s Own Incompetence Lead to Inflated Self-Assessments.”

Go deeper: I’ve always been fascinated by the Dunning-Kruger effect and the more you start looking, the more it pops up everywhere. See how it affects everything from politics to business to The Office.

Level up: NerdWallet put together a great set of resources to help you manage your money in a time when nothing makes sense. The site touches on everything from contactless payments to help with stimulus checks.

Stay up to date: Millennials, if you feel like you’ve gotten the short end of the economic stick…you have. Millennials are the unluckiest generation in U.S. history.

Get lost in a hole: Ever wondered what a $10,000,000 violin sounds like? I won’t spoil it for you, but it might actually be worth the money.

Rest: Hands up if you’ve had a good night’s sleep in the last month. There’s 100,000 of you reading this but I count one…two…maybe three hands up right now. If you’re like the rest of the quarantined masses and counting sheep just ain’t cutting it, Vox consulted sleep experts to figure out why no one can get any shut-eye—and how to fix that.

Read: J.K. Rowling is out to make quarantine a little more icky. She’s releasing a previously unpublished children’s book called the Ickabog in seven weekly installments on this website. It begins, “Once upon a time, there was a tiny country called Cornucopia, which had been ruled for centuries by a long line of fair-haired kings.” Sure, this is a children’s book, but that didn’t stop us from reading Harry Potter, did it?

Pesto: I know, I know, I’m supposed to be the tahini guy. But I recently ran out of tahini and more importantly, I can’t think of any more tahini puns. So pesto is the new ingredient of choice. Make some delicious homemade pesto, then put it on literally everything. Two of my favorite recipes are white pizza with shaved veggies and pesto and crispy smashed potatoes with garlic pesto.

They say write what you know, so let’s talk newsletters. The best time to start one was five years ago on the University of Michigan’s campus. The second best time is right now.

Here are some tips on how to be like the Brew:

Always deliver: Even if your email list consists of your mom and your mom’s work email, make sure you show up in those inboxes. Set your cadence, whether it’s once-a-day or once-a-month, then stick to it. It’s the key to building a relationship with your audience.

Don’t be afraid: In the end, hit send. Even if it’s bad. Hit send. It’s the only way to start. This is my favorite quote for beginners from NPR’s Ira Glass. “For the first couple years you make stuff, it’s just not that good…a lot of people never get past this phase, they quit…it is only by going through a volume of work that you will close that gap, and your work will be as good as your ambitions.” You can read the full quote here. 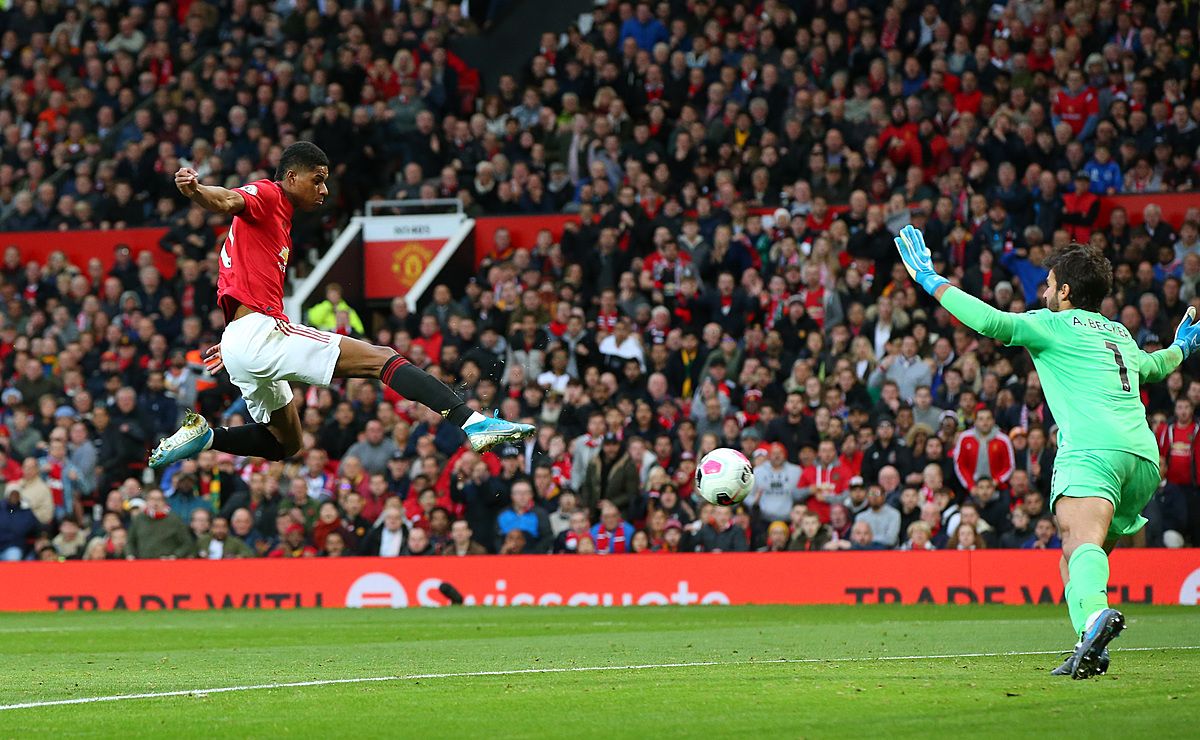 The English Premier League is coming back on June 17 and boy am I excited. Here’s a guide on who to root for if you’re new to the league, but really the answer is in the above picture. Come on you Red Devils!

And that’s a wrap on a MDW-shortened week. Send me pics of your pesto, please reach out if you start a newsletter, and maybe forward this email to someone who could use a quick lesson in the Dunning-Kruger effect. Now go out and enjoy your Friday.